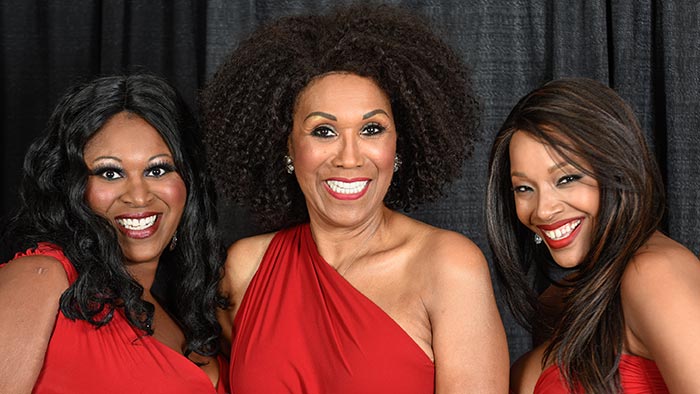 The Pointer Sisters began their formal vocal training in their father’s church in West Oakland, California. They went on to achieve worldwide fame as one of pop music’s most dynamic female groups!  Their albums have produced hits on pop, R&B, rock, and even country charts — hits that include “Yes We Can, Can”, “Fairytale”, “Fire”, “Slow Hand”, “Jump (for my love)” and “I’m So Excited”.

The sisters have played venues ranging from the legendary Troubadour club in Los Angeles to the Grand Ole Opry, the San Francisco Opera House, the White House, and in the closing ceremony of the Atlanta Olympics. They have appeared in films, in heavy rotation on MTV, in a world-wide tour of the musical Ain’t Misbehavin’, and with some of the greatest symphony orchestras in the world.  They have been honored with multiple Grammy® Awards, induction into the Soul Train Hall of Fame, and a star on the Hollywood Walk of Fame.

Through more than 40 years of performing and recording, the Pointer Sisters have remained trendsetters for whole new generations of music fans. Their up-tempo shows feature the energetic Pointers – always “sassy and brassy” — performing the hits that fans of all ages continue to enjoy!